The EMT 140 was the worlds first artificial reverb unit and it changed the recording world by allowing any studio to have "reverb on tap", even smaller studios who did not have physical echo/reverb chambers.
User Manual
Service Manual
Ready To Buy?

A echo/reverb chamber is essentially a large room, a very large room usually, with a speaker at one end and a microphone at the other. Usually there would be multiple microphones placed at varying distances from the speaker to provide long or short reverb times. The cost of having these large spaces in a building being left unused except for reverb duties, meant only the very top studios could afford one. Along comes EMT out of Germany to change all of that!

Their first product, the EMT 140 plate reverb was designed to replace those large and expensive echo/reverb chambers (freeing up the real estate for other uses) for the larger studios, and provide reverb to the smaller studios.

The EMT 140 plate reverb system uses an electromechanical transducer, similar to a loudspeaker driver, to create vibrations in a large plate of sheet metal. A pickup captures the vibrations as they bounce across the plate, and the result is output as an audio signal.

Early units had one pickup for mono output, later models featured two pickups for stereo use. (EMT 140 ST) The reverb time could be adjusted by a damping pad, made from framed acoustic tiles. The closer the damping pad, the shorter the reverb time. However, the pad never touches the plate.

To this day, many regard the original EMT 140 as the very best plate reverb ever made. The fact that there are a number of plug-in emulations of it speaks volumes of the heritage the EMT 140 leaves behind.

The use of simulated reverberation for recording, broadcasting and TV dates back many years. It has found many applications both for creating special effects and for optimizing the room acoustical impression in musical recordings. It has also found application in the creation of three-dimensional effects in stereo recording and for reconstituting mono recordings for stereo release.

The EMT 140 Reverberation Unit is the standard device used throughout the entire world. The new improved version of the EMT 140, equipped with solid state electronics carries the designation EMT 140 TS and with built-in remote control EMT 140 FB-TS.

Besides its ability to acoustically reproduce rooms of various sizes, it is also able to increase the apparent distance between sound source and microphone. For this reason it is possible to use the Reverberation Unit with maximum success in any of the following situations:

In situations such as these, artificial reverberation can be effectively employed to amplify the desired illusion in stage presentations, or can serve to increase the existing reverberation for certain musical offerings such as organ music. The frequency response of the reverberation time, without additional damping, corresponds approximately to that of an empty stone walled hall or church; ie: about 5 seconds at 500 cps. Towards the low frequency end there is a rise and towards the high frequency end a decline (to about 1.5 seconds at 10 kHz), just as is the case in actual rooms as a result of the sound absorption of the air.

When testing the overall frequency response using a slowly gliding pure tone, one gets the same pronounced intensity fluctuations as are obtained from a three dimensional room. According to the theory of Dr. Schröder, the statistical mean value of the difference between “peaks” (maxima) and “valleys” (minima) of the response curve is 10 dB. Measurements of the reverberation unit confirm the veracity of this theory, both with respect to the number of maxima and minima within a defined frequency interval as a function of the reverberation time, and the wavering of the frequency response curve.

The EMT 140 TS Reverberation Unit utilizes the physical torsional properties of metals to achieve its effect. It is a fact that a steel sheet which has been excited by an impulse setting up within it bending oscillations, will deliver reflections which increase in density as a function of time. Reflections in a three-dimensional room, on the other hand, become more dense as a function Of the square of the time. The human ear is unable to recognize the difference between these two operating modes.

Through the use of appropriate steel and critically chosen dimensions, it is possible to produce a plate which possesses an adequate number of self-resonances. The length and frequency response of the decay time produce an artificial reverberation effect, which iS not possible to differentiate from that obtained from a three-dimensional room. It was according to this principle that the EMT 140 TS Reverberation Unit was developed.

Its main component is a steel plate which is suspended in a tubular steel frame. Parallel to this plate, another made of highly porous material is suspended in such a way as to permit it to be swung towards or away from the steel plate with an extreme distance ratio of about 1 : 30. This motion is controlled by means Of a hand wheel, or it may be remote-controlled from the studio console itself and the particular reverberation time remotely indicated by an appropriate meter.

The Construction
The steel tube frame which carries the steel plate has three transverse bridges, of which one mounts the magnet for the moving coil excitation system, while the other two are used for the two contact microphones and their connecting wires. The frame furthermore has the bearings for the damping plate arms mounting at the top and bottom, and is suspended by means of rubber shock mounts from the outside frame. Should the reverberation unit be exposed in its location to extreme mechanical noise interference, it can be further isolated by additional elastic suspension of the unit itself.

The reverberation plate together with its drive and reproduce amplifiers is built into a massive wood case. The standard version has a hand wheel for the adjustment of reverberation time. The remote control components may be obtained and installed at a later time. The installation time required is, however, considerable and it is therefore recommended that the choice of remote control or manual control be made prior to the ordering of the unit.

When the damping plate, which is constructed of absorptive material, is brought closer to the steel plate, its bending oscillations are increasingly damped and a shortening of the reverberation time results. This damping plate is so constructed as to be perfectly flat in spite of its great surface area and can therefore be brought to a distance of about 1/8″ from the steel plate without touching the same. The minimum reverberation time reached at this distance is approximately I second at 500 Hz.

The Remote Control
Besides the standard model, the EMT 140 TS Reverberation Unit is also available with remote control facilities. This is done by means of a motor built into the unit itself by means Of which the damping plate distance from the steel plate may be continuously varied.

A potentiometer coupled to the motor itself delivers a voltage for indication of the reverberation time on an indicating meter mounted on the console. The operating elements; i. e. the indicating meter and the two push buttons may be located at any distance from the unit. and these in turn operate the motor relays via a 24 Volt supply.

By using the remote control possibility, the unit may be located in the most desirable locations such as a dry cellar, or quiet antiroom. It is furthermore possible to control the reverberation time of a Single unit from many locations.

The Amplifier
The drive and reproduce amplifier EMT 162 is a new development. It has two completely separate playback amplifier channels each connected to one of the pickup systems. The two inputs are balanced and floating.

The high input impedance of over 5 kohm presents practically no load to a low impedance source. The input level may be chosen to correspond to any of the standard line levels prevalent throughout the world such as +4, 4-6, 4-8 dBm etc. The drive coil signal may be checked by means of a test jack located behind the amplifier’s front panel.

The pickup microphones’ relatively low output signal is amplified by the reproduce sections of the amplifier to any line level desired. Their outputs are low impedance, balanced and likewise floating. The EMT 162 Amplifier compared to its predecessor has considerably higher input and output level capabilities.

The drive amplifier has two separate inputs which are combined internally into the single drive signal which is then fed through a compressor to prevent inadvertent drive overload. Aside from this the entire amplifier is equipped with silicon planar transistors and executed in printed circuit technology. 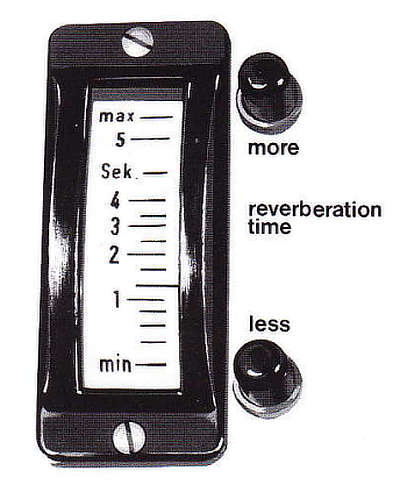 By expertly modeling three uniquely different EMT 140s installed at The Plant Studios in Sausalito, California, the EMT 140 plug-in will infuse your sources with the unmistakable warmth and beauty of this iconic plate reverb. 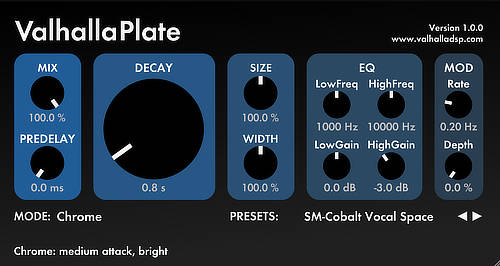 ValhallaPlate is our algorithmic take on the classic plate reverberation sound. (Inspired by the EMT 140) Twelve original algorithms emulate the sound and behavior of real world steel plate reverbs, and take the sound into dimensions that physical plates can’t touch.

Inspired by the original EMT 140 plate reverb, we captured the gorgeous sound and vibe of this studio classic and turned it into a fun and musically inspiring plug-in. And we couldn’t resist pushing the limits of reality, so we added a couple of fun twists that let you take Little Plate to spaces the original hardware only dreamed of. 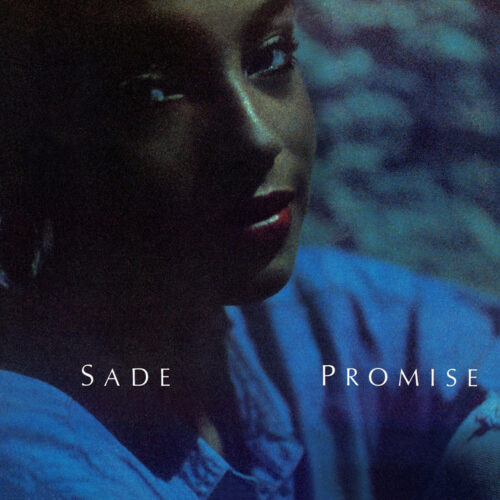 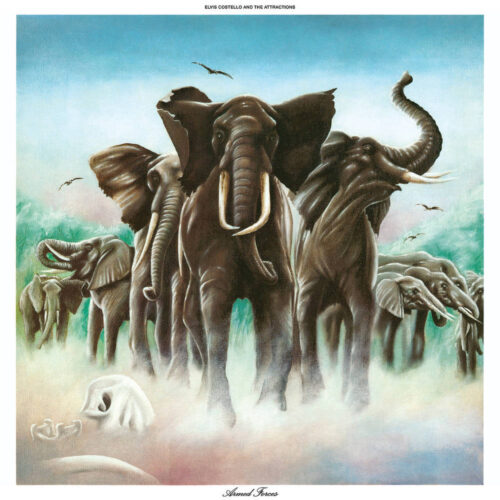 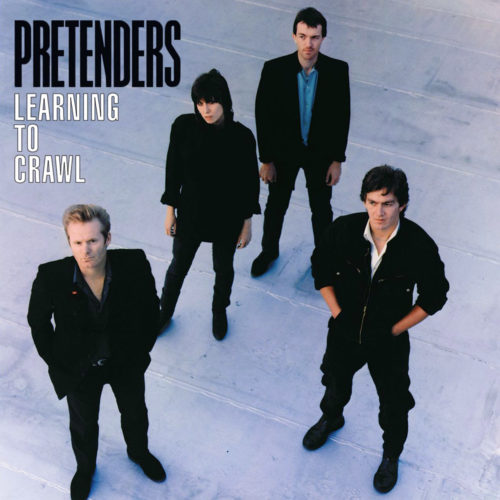 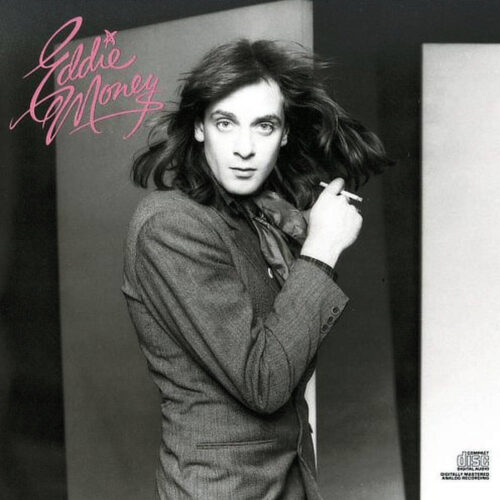