The Quantec Room Simulator is a new technical concept that enables emulating the acoustical behaviour common to spaces of any volume or size, so that acoustical impressions ranging from a tin can to a columned cathedral may be synthesised and created at fingertip command.
User Manual
Service Manual
Ready To Buy?

Contrary to standard reverberators, the Quantec Room Simulator enables the reproduction of the selected space’s inherent resonances, which are a function of it’s basic enclosed volume, in that their density and distribution are precisely established.

In conjunction with the legendary “first reflection” this is the effect which enables the ear to establish spatial volume and size of a percepted room. Besides this, the Quantec Room Simulator has two additional built-in programmes: “FREEZE-Effect” and “ENHANCE-Effect”.

Reverb Mode
The natural acoustics of a room are simulated with the 8 parameters of the reverberation program. Each parameter is activated by touching the associated [+] and keys and is immediately varied by one step. At the same time, the central rotary knob is activated, so that more extensive changes can be carried out at any desired speed. A slight flickering of the relevant indicator signals the parameter on which the central rotary knob is operative at the time. The parameters can be stored in the MEMORY.

Freeze Mode
The concept of the FREEZE program is similar to that of the reverberation program. With FREEZE, the reflectivity of the walls of a simulated room is varied. While, with reverberation, it is always less than 100% and is frequency-dependent if required, with FREEZE it is exactly 100% for all frequencies.

In such a room, which is only possible in theory, the sound event is trapped and is held for any desired length of time between the walls, while new superimpositions form continuously and release further reflections because If the walls bounding the of built-in diffusors. room are not arranged parallel to one another, repetitions are no longer perceptible and the sound event blends i m to a continuous cluster. Thus, so to say, the “time” factor is taken out of the sound event.

Of course, any desired number of further sounds can be played successively into the FREEZE room, without affecting those already trapped there. Furthermore, a smooth transition is possible to a normal, possibly frequency-dependent reverberation programme and, after a certain decay time, the reverberation can be “frozen” again. In order to be able to change over with absolute freedom from clicks, reverberation times at the upper end of the range should always be used.

Enhance Mode
In contrast to the reverberation programs, the ENHANCE effect shows a different time-distribution of the reflections. It consists of a number of reflections of equal strength, on which there is superimposed a decreasing sequence of denser, but quite perceptibly discrete reflections. The sequence of the individual reflections in the cluster is fixed so that there are definable periodicities and thus no discolourations.

Functional Principal
Thus the Quantec Room Simulator is the only digital reverberation processor known to us, which is compatible with AB-stereophony, artificial head, ambiance and holophony systems.

A few explanations on this point: With pure intensity stereophony, both inputs could be driven in parallel with mono, without altering
the reverberation result, since, as is well known, the sound energy in an ideal reverberation chamber is equal at every point, provided that the band width of the signal is large in comparison with the resonance density of the reverberation chamber. On the other hand, the conditions are quite different with artificial head stereophony or other non-mono-compatible recording processes, with which the transit time between the left and right-hand channels is the decisive factor for perception of direction or room orientation (e.g. mono + synthesiser).

Since the two signals, left and right, are not coherent, unwanted phase cancellations occur with the channel coupling at the input of the reverberation equipment, which is otherwise customary, so that certain information is missing from the useful signal to be processed. In addition, the signal is falsified by comb-filter effects. These are unfavourable pre-conditions for true-to-life reverberation.

If, on the other hand, both channels are processed separately and are only linked through the complex frequency, phase and propagation time performance of the reverberation chamber, then the signal remains undiscoloured and, considered over the entire room,
free from cancellations. Each frequency has its own location in the room. Thus the transparency of the spatial impression is considerably increased. In addition, the reverberation should be generated outside the “Haas-window”. Thus the room information of the dry signal, imaged by transit times, remains free from location displacements and blurring.

In the QRS, this circuit principle is followed consistently. The left and right-hand input signals are digitalised by the A/D converters assigned to each of them and are then converted, purely mathematically, into a reverberation signal. The character of the reverberation chamber, for example, the room size and the quality and structure of the walls, is defined with the push-buttons on the front panel of the unit.

The signal is picked up at four locations in the reverberation chamber and is converted, through four D/A converters, into four analog reverberation signals. The degree of correlation between any two outputs is 50 % . This gives clean spatial information without a “hole in the middle”. The particular configuration of the outputs in the QRS generates reverberation signals for mono, stereo and quadrophonic applications.

With pure head-phone application (artificial head (binaural) stereophony), only two outputs are necessary, even for the 3-dimensional impression. The mixing of several reverberation channels gives no improvement. Through the 50 % correlation, half of the reverberation signal could even be cancelled out.

Independently of the particular reverb program, the two input signals, after the A/D converters, are led through two separately adjustable delay units and appear, exchanged side for side, as a stereo echo at the outputs I and 2. Through the interchanging of the two channels, the transparency of this 1ST REFLECTION is considerably increased.

Dynamic Range
The dynamic range of the A/D and D/ A converters amounts to 90 dB and is represented by a linear 16-bit code (15 bits + sign). However, since resonances occur in the simulated rooms, the dynamic range to be handled by the processor must be considerably greater. This also applies, even if a given resonance peak is compensated for at other points in the room. In order that the processor cannot be overloaded by sine-wave tones which are tuned very precisely to the ten further overflow bits have been room resonances, provided, so that the internal dynamic range is about 150 dB.

Attempts are often made, to reduce technical costs, by slightly modulating the clock frequency of the processor, so that it is no longer possible for the tones to “latch on” to the resonances. However, this causes disturbing frequency modulations, which give problems, especially with keyboard music. In order that the resonances, excited by sine-wave tones, which still pass through singly to the DA converter, do not appear with too disturbing an effect, a “gentle” over low characteristic has been provided. These overloads are also detected by the output level indicators.

Used on this classic track 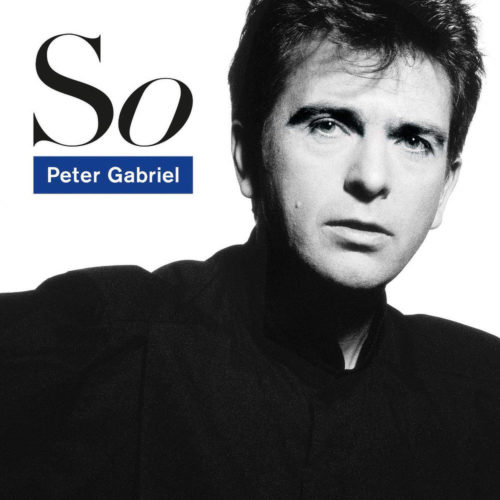 I consider this device as unique because its perfect approaching to the dealing of emulating an natural acoustic ambient, also because its simple and powerful control panel and its superb design. It’s a jewel among vintage equipment.

I have owned one for several years it was my main reverb for years I also have an EMT plate and several others including the big kurtswild the Quantec is the most interesting and the best for giving the vocal a smooth and listenable edge you must live with the Quantec to get it a guy named Tom Flye had one and I loved it on my snare another friend came back from Germany broke so I scored it ten years plus so that’s it it’s everything folks say get one if you can it its gets hot it will explode I have a little quiet fan sitting on top that’s on when it is on that is the trick.