The Eventide H8000FW features 1,800 post-production and music effects preset-algorithms, never before has Eventide unleashed so much power for your creative endeavors.

The Eventide H8000FW offers four channels of pristine analog I/O combined with eight channels of AES/EBU, ADAT, and S/PDIF I/O. New FireWire I/O now allows direct connection to your Mac or PC so you can directly patch 24-bit audio to and from the eight inputs and outputs.

Digital Effects Workstation – Create your own algorithms
With the Eventide H8000FW you will run out of ideas before you run out of DSP power. With our catalog of over 230 effects modules, you can create effects never before thought of either from the front panel or using the supplied development tools for PC or OS X. Whether creating your own unique signature effect or dialing up one of our studio standard effects from the plethora of preset-algorithms, you will never run out of creative possibilities.

Also included are templates for eight precision delays for multichannel video post applications, and tools specifically designed to facilitate 5.1 frame rate conversion and its associated problem of pitch correction, along with a dedicated channel for time code delay.

Control Freak?
The Eventide H8000FW offers everything you need to control its parameters and functions from a remote. If you are on stage, the H8000FW offers full MIDI control or analog control. ¼” inch TRS jacks accept up to two external foot pedals, up to six external foot switches, or a combination. If you are on the mixing stage, or behind the console, Eventide’s EVE/NET remote brings all the control and graphics display of the front panel, along with eight continuous controllers, to the sweet spot of your choice.

And Now Midi Virtual Racks – Stacked effects with instant program change
The Eventide H8000FW offers twenty MIDI Virtual Rack preset-algorithms, featuring up to five full-blown effect processors ganged together. Each preset offers ten different tweaks which can be programmed, stored, and controlled in real time through MIDI. Up to forty-five different parameters can be controlled with one MIDI control message. Individually optimized for guitar, vocals, or percussion and designed with performance in mind. Single effects blocks are also offered as separated presets so that effect chains can be assembled using VSIG.

Oodles Of Sample/Delay Memory
The Eventide H8000FW offers 174 seconds of mono or 87 seconds of stereo, leaving you plenty of time for looping and flying in choruses. It can be used in conjunction with the arsenal of effects. The H8000FW offers fast, precise triggering.

The Long And The Short Of It – 8 channels of time compression/expansion
Eventide’s Timesqueeze algorithm has been proven in the demanding arena of broadcast production. If you need to time compress or expand your 5.1 audio for an HD broadcast, our new phase-locked 8 channel Timesqueeze is fast, simple, and sounds great.

Ultrashifter the apex of pitch manipulation
The Eventide H8000FW incorporates Eventide’s most advanced pitch shifter optimized for the human voice. The UltraShifter’s real-time adaptive resynthesis allows for unmatched modification of vocal timbre. So, if you are changing gender or going for something completely bizarre, we’ve got you covered. 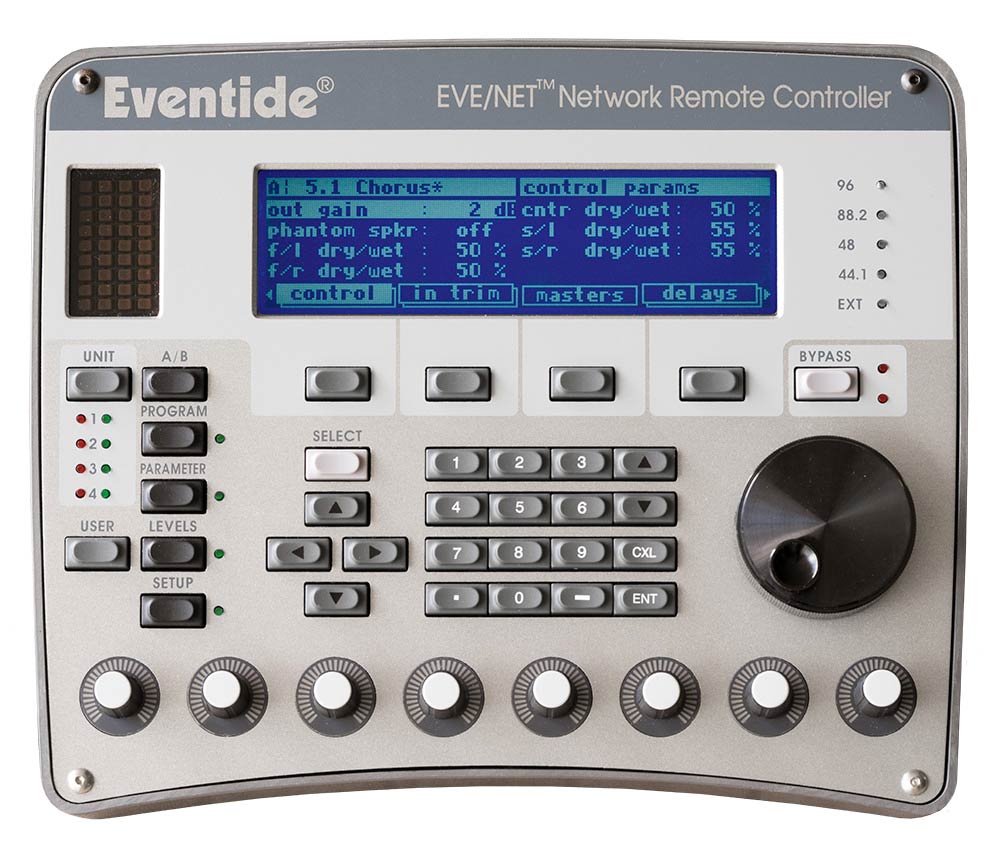 Have you owned this product? Let others know what you thought of it.
{{ reviewsOverall }} / 10 Users (1 vote)
Build Quality9
Sound Quality9.5
Usefulness10
Mojo/Funk7.5
Reliability9
What other owners say... Used it? Leave your rating
Order by:

Be the first to leave a review.

Your browser does not support images upload. Please choose a modern one