For more than 30 years now, both engineers and musicians have relied upon the MXR Model 126 Flanger/Doubler as one of best-sounding bucket-brigade* flanging effects ever made. Through its signature flanging, doubling, and delay effects, the MXR Model 126 Flanger/Doubler imprints a very unique sonic signature on guitars, bass, keys, drums, or just about any source needing depth and movement.

The MXR Model 126 Flanger/Doubler is an analog delay processor that uses “bucket-brigade” technology to create short signal delays. The delay time can be modulated manually, or automatically with a low frequency oscillator (LFO). The delayed signal can be mixed with itself in a feedback loop (regenerated), and its polarity can be inverted. The amount of processed signal relative to the original signal is adjustable. All sonics and control behaviors are authentically modeled, including the inherent aliasing characteristics and dry signal path coloration.

Flanger
The flanging effect in the MXR Model 126 Flanger/Doubler is generated by using very short delay times whereby the delayed (wet) signal is not heard as separate from the original (dry) signal. When this delayed signal is combined with the dry signal, the comb filtering that is the essence of the flanging effect is generated. By modulating (sweeping) the delay time, the response of the comb filtering is modified, and the characteristic “swoosh” is produced. Additional sonic options are possible by increasing the delayed signal feedback (regeneration) to produce a deeper and more resonant effect, and/or reversing the polarity (invert) to give the sound a more “hollow” character.

Doubler
When in Doubler mode, all controls of the MXR Model 126 have the exact same functionality as Flanger mode; the only difference is that the available delay times are longer in this mode. The delayed signal produces a very short echo, hence a “double” of the original signal is heard.

*A bucket-brigade device is an analogue circuit that produces a delay by storing the signal in a series of capacitors, passing the stored signal from one capacitor to the next with each clock cycle. Because the signal is degraded with each pass, audio delay lines using bucket-brigades tend to significantly color the signal.

Have you owned this product? Let others know what you thought of it.
{{ reviewsOverall }} / 10 Users (0 votes)
Build Quality0
Sound Quality0
Usefulness0
Mojo/Funk0
Reliability0
What other owners say... Used it? Leave your rating
Order by:

Be the first to leave a review.

Your browser does not support images upload. Please choose a modern one

The MXR Flanger/Doubler plug-in for UAD-2 hardware and Apollo interfaces is an exacting emulation of the stony ’70s modulation processor that adds unique movement and depth to any source. 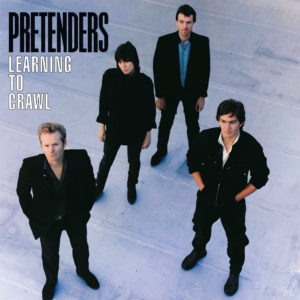